Wall behind the bed: 4 solutions to renew it

Intimate and dedicated to rest, the bedroom is an important environment in a home. Therefore, the wall behind the bed plays an important role. To renew it, giving it a new twist, there are several solutions that, although influenced by personal style, must necessarily respect the colors, shapes and volumes of the surrounding environment, so that the room is harmonious in its set of elements.

As an alternative to the classic homogeneous hand of color, the striped painting gives a new perspective to the wall. Like in the 125 square meter apartment below, where a white and gray stripe was chosen for the wall behind the bed, visually expanding the size of the room. As a general rule, it is good to pay attention to the available square meters: better to opt for light shades, such as dove gray, gray or cream, to widen the environment.

In the two-room apartment of the photo below, the bedroom wall has been enhanced by a scenographic wallpaper , which captures the attention as soon as you enter the room , changing the perception of depth and visually expanding the boundaries. There is an infinite variety of colors, designs and patterns on the market: landscapes and cities, abstract or naturalistic representations, geometric shapes that create games of perspectives. It is an idea of ​​simple realization, which allows the room to change face in a few moves.

Realizable with wallpaper or with ceramic wall tiles , the exposed brick effect gives character to the wall, with an impressive “ industrial chic” result . In the openspace project of which the photo of the room is shown below, the brick effect was created leaving the building wall structure uncovered without plaster, composed of blocks in vibrocement, which are well suited to be used both for perimeter walls and for internal structures. The blocks, which can have variable shapes, guarantee an excellent acoustic and thermal insulation of the rooms. In addition to this solution, other materials can be found on the market to make a “brick” wall such as, for example, porcelain stoneware, resistant and waterproof. 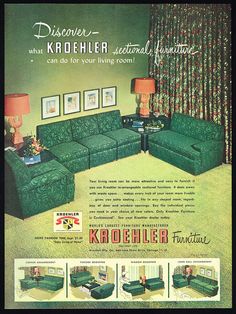